I love a good quote. A quote can be a powerful even profound thing. I frequently seek out good quotes when I’m thinking about a specific topic. I particularly appreciate a good quote related to the 2nd amendment. I have been disappointed however on a couple of recent occasions to find out that a quotes origins had been misrepresented. Often I don’t think deliberately, but misrepresented nonetheless. One such example I came across recently was supposedly a quote from Sigmund Freud saying “A fear of weapons is a sign of retarded sexual and emotional maturity.” It’s a good quote, because well, as a gun loving conservative it’s nice to occasionally call our opposition names. And have someone like Sigmund Freud do it for you! Except he didn’t. Long story short, the quote is from an author who was expressing his opinion about Freud’s views. His interpretation may be wrong or it may be dead right. The power and enjoyment I get from the quote is largely tarnished though.

Living close to Washington DC it was inevitable that I was going to be exposed to the anti-gun march going on downtown a few weeks ago. I know a lot of people who went. I held my tongue. Most if not all, know I’m a gun owner. If you thought that fact alone wasn’t  enough to disqualify me from sympathizing with some of the protestors points you would be wrong. Looking at some of their signs is what got me looking for a good quote in the first place. This protest may have been about gun violence but it’s underlying tone and intent is fundamentally about undermining and ultimately abolishing the 2nd amendment. The whole event reeks of political agenda. 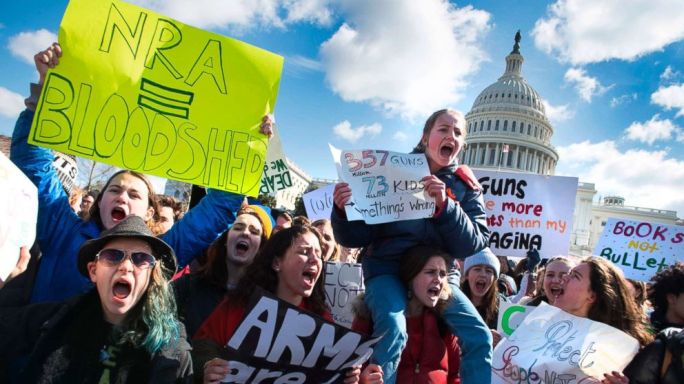 I can respect that these kids have opinions and I can certainly respect the sacrifice that some of these kids have made for the sake of conveying their message. But as Ben Shapiro has so succinctly put it: being the victim of a tragedy such as they have does not make them the moral authority on that subject. I will take it one step further when I say that some of the rhetoric used by these young adults borders on immoral itself. They have passed judgement, and any who defend those so accused have been labeled the problem. If these young adults truly want to be taken seriously than they better be prepared to defend their arguments, be criticized, and called out. If they want to be treated like adults than they shall. In my opinion the most powerful message they can send is that they are future voters and are prepared to have an impact on the governing bodies of these United States. As far as providing a moral compass, I’m not interested.

Here is a good quote I came across compliments of Aaron B. Powell. I’ve never heard of him but apparently he’s an author of a couple books about guns. He said:

“1. So, disturbed kids are taking guns to school and killing teachers and classmates. We better make sure kids can’t get guns.”

“See what I did there? Which statement makes more sense? Don’t bring up politics. Don’t refer to statistical data. Don’t nervously look at your cell phone. Just read the two statements and be honest with yourself. We can do better. We’re smarter than this. WAKE UP.”

There is a tremendous amount of win in this quote. Why isn’t this the first question we ask? If his logic is flawed please point it out to me!

I came upon another quote over the weekend that has really stuck with me as it relates to these student marches. The quote:

“The state must declare the child to be the most precious treasure of the people. As long as the government is perceived as working for the benefit of the children, the people will happily endure almost any curtailment of liberty and almost any deprivation.”

This quote is widely attributed to Adolf Hitler. In fact, it’s all over the internet as having been said by Hitler and it appears to be well known and widely circulated as such.  In the context of the moment it is truly thought provoking. Problem is, Hitler didn’t say it. Or at least all of it. Apparently only the first sentence is Hitler’s own, from Mein Kampf. The next line was written by a rabbi named Daniel Lapin from a fictional letter in which Adolf Hitler was the author. Disappointed again to find another very powerful quote mistakenly attributed to the wrong author, I moved on.  And came back. That’s the beauty of a good quote. There is often much truth in it’s words, regardless of the author. 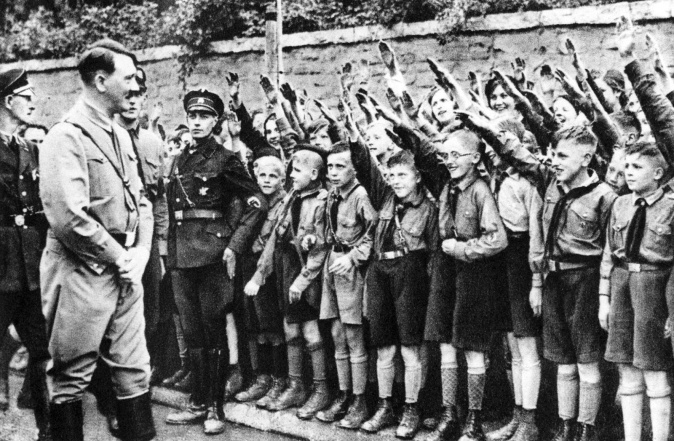